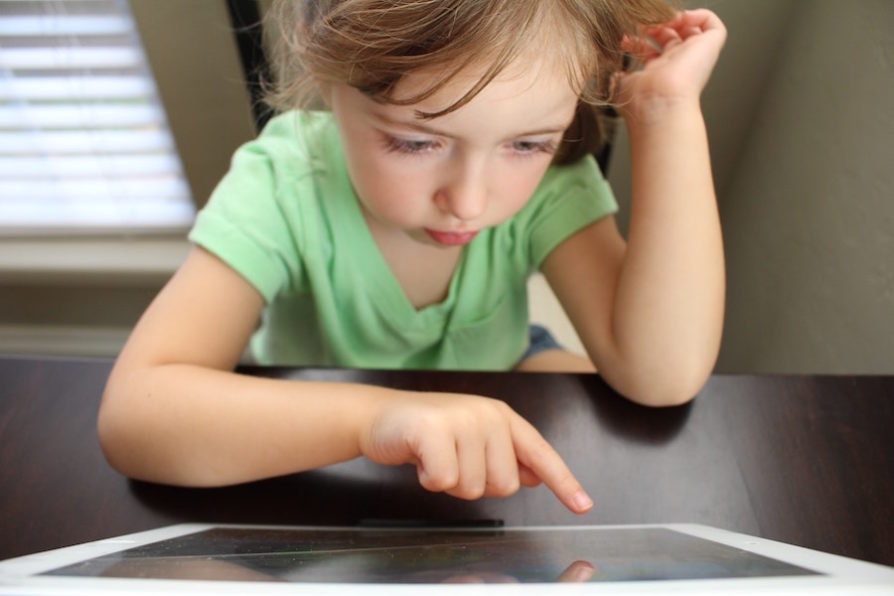 We never wanted to be the type of parents that used electronics as a babysitter or crutch to buy us time. We monitored everything our kiddos watched on TV and were careful about letting them use tablets. But despite our best efforts, we fell into the “screen-time pit” and witnessed, first-hand, the damaging effects of screen time on kids. We went to great lengths to repair it, and as a result, our lives have changed for the better… find out how below.

They got tablets for Christmas.  Before that, they were already using tablets at school and with electronics playing such an integral part in everyday life, we wanted to make sure that they were familiar with them. We wanted to be sure that they knew how to use them- in a safe way. Learning starts at home, right?

So proceeding carefully, we put all the parental controls in place and monitored the apps they had access to. We were okay with (and sometimes pleased with) the educational value of some of the apps they used, so we’d let them play every now and then.

Tablet time helped when I needed to get work done, dinner cooked, and/or as a distraction during boring “adult” errands. They could be easily controlled or taken away, so we didn’t really see the threat in using them.

However, as time passed, the requests for using the tablet became too much. It started to feel like we couldn’t take them anywhere without them. They wanted them in the car, at the hair salon, and even asked to take them to the park. If the tablet wasn’t available they’d ask for the next best thing: my phone.

We didn’t want our children to become dependent on anything to keep them entertained– that’s what their imagination is for– and sometimes that “no” ensued an argument or meltdown. We brushed it off as the growing pains of parenting… a lot of children cry when they don’t get what they want. They would just need to learn.

We held our ground and eventually, the tantrum passed. It was followed by them telling us they had nothing to do, they were bored, etc… This was usually remedied by sending them outside to play and because it could be remedied, we didn’t see it as a major threat.

The most damaging of the screen-time dilemma came from video games. Actually, it all started with Roblox and Minecraft. The kids were interested in playing these games because it was what all their friends were playing at school.

We were kids once and played our share of Super Mario Brothers, Duck Hunt, and Zelda, amongst other Nintendo games. We figured that a little video game screen time here and there wouldn’t hurt too much and we wanted them to be able to relate to other kids and have fun. So every once in a while, we’d let them play and they would connect with friends in the games and play together online. They loved it.

Managing screen time between the tablets and video games was fine because they somewhat lost interest in the educational apps on their tablets. Given the option, they almost always chose to play video games. As time went on it became the first thing they *tried* to do when they got home from school and on the weekends, they’d be up at the crack of dawn to sign in and play. Even when they weren’t playing, they’d turn to YouTube to watch a video of someone else playing. It seemed to become somewhat of an obsession.

The Effects of Screen Time on Kids 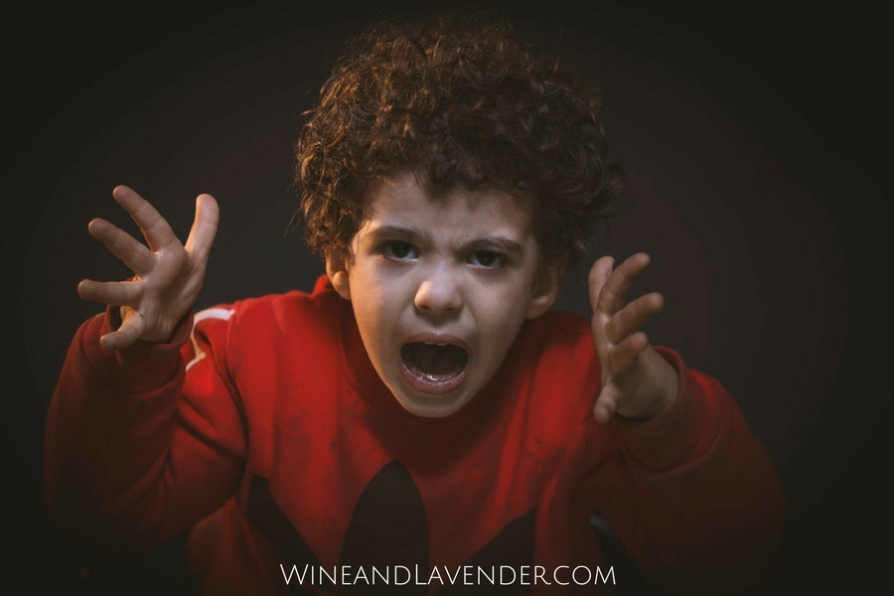 Words like, “kill” and “dead” started to creep into our home with each game they played. These became the words they’d use during imaginative play too– as each adventure they went on was to kill zombies or animals. It seemed too dark to hear my 6-year-old talking about killing and death- especially when his younger brother was always in his wake.

This all became even more concerning when video game time was over and the meltdowns followed. They’d cry, scream, and yell after being told to shut it off. After the meltdown, they’d complain to us about how “bored” they were, and when we’d tell them to use their imagination, play with toys, or something else, they’d get even more frustrated.

They also began to complain about having to do ANYTHING else, to include extracurriculars they used to enjoy and they had no interest in going outside. Sometimes- and I felt like this was even worse- after a video game-induced meltdown, they would just fall asleep.

Quite frankly, we were freaked out by their behavior.

Taking it to Extremes

We were kids who grew up with Nintendo and loved playing it, too- but not to the extremes that they took it. Not to the point where we would choose to do nothing else for hours- or days- if we could get away with it.

At their ages, the opportunity to play outside almost always trumped the need to play video games for us, and our moods didn’t suffer as a result. But they were reacting to video games much differently than we did.

As we started to notice the effects that screen time had on them- from tv, to tablets, to computer games- we knew a serious change would need to take place to make my kids… well, KIDS again.

How We Fixed It

Frustrated with how electronics had been affecting them, we made the decision to cease the use of ANY electronics during the week. The rule became: No electronics Monday through Thursday. No TV, no computer, no video games, no tablets, no apps.

We didn’t take them away completely because electronics aren’t going away. They are an integral part of life now and it’s much better to teach our kids how to control their tempers and evenly divide their time. We want them to be able to see the fun- in ALL things (not just electronics) and hope that exposing them to more in life might help them to see the value of stepping away from the screen.

The first few weeks were horrible. They were “bored” all the time. We kept sending them outside until cold weather came. Then we directed them to their toys or we tried playing family games and reading books, but no matter what, they still seemed “bored”. They had no idea how to entertain themselves without the use of electronics and this was scary.

After giving it much thought, we decided to shake up the week (and our lives) a little. The more they fought us on going to extracurriculars, the more we realized the need to have them.

We rationalized the extra expenses (because who knew extracurriculars cost a small fortune) as necessary because they were not only keeping our kiddos fit and teaching them the value of teamwork, but they were also keeping them away from the boredom, laziness, and the vegetative state brought on by the electronics.

So we did something crazy….

We signed them up for multiple extracurriculars to keep them busy Monday through Thursday, and for a little while on Saturdays. We also committed to taking family hikes on Sundays.

I know it sounds nuts and stressful (especially for us chauffeurs and financiers of all of these activities) but in the end, this was the best solution for our family. With time, they’ve come to enjoy their activities and we get no complaints about going. 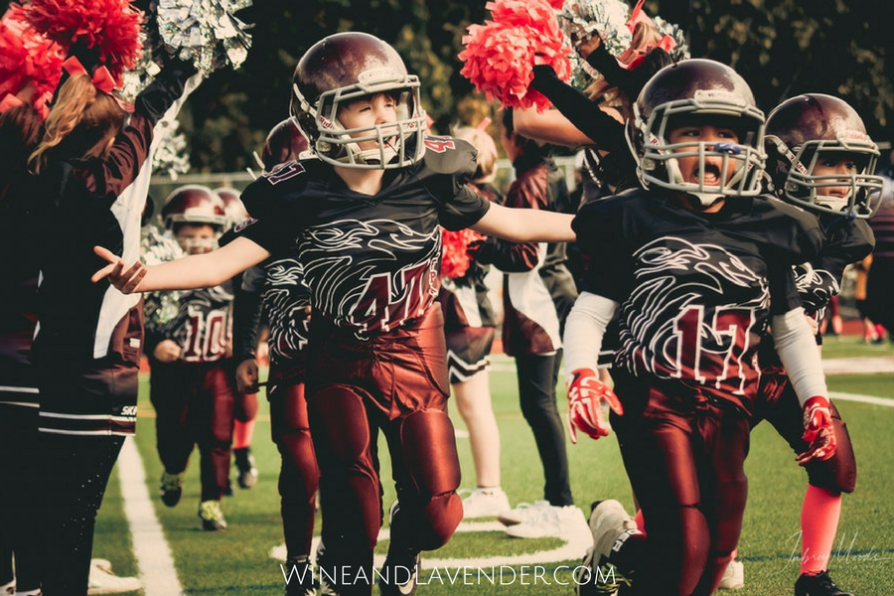 Adjusting to Life with Limited Electronics

It took a while to adjust, but having been on the Anti-Electronic Weekday plan for a few months, they are having fewer mood swings and are more interested in physical activity and spending time outside. We’re also spending more time together as a family and needless to say- we’re all sleeping well at night.

Actually, I also committed myself to participating in activities with them each week, too. My daughter decided to start a club at her school and I volunteered to run it (this activity is FREE), and my son and I take classes together (when the schedule allows- or my husband takes the class with him).

I love that I have something special to share with each child, exclusively, during the week.

Going forward, we’re going to try and keep them as engaged in physical activities/classes as much as possible and away from the lull of electronics. We want our children to enjoy and remember their childhood while creating healthy lifestyle habits- not sitting in front of a screen for a good portion of it.

The weekends have a whole new meaning in our house. They are allotted time to play on electronics on the weekends, but the various activities we have on weekends keeps them just as busy and limits their screen time significantly.

The Result of Taking Away Screen Time

The difference has been amazing. There’s been a significant improvement in their attitudes and way fewer mood-swings/meltdowns than before. Bedtime is no longer a drawn-out 45-minute process that includes coaxing and arguing (they’re already tired from all the physical activity they get). We’re all getting much more exercise than we used to, we’re getting more time together, and they’re learning valuable skills.

We all know what scientific and research-backed evidence has suggested about too much screen time for kids, but to witness it first-hand was quite scary. My husband and I often wonder what the difference is between how we used electronics as kids and how they do. Why do they seem that much more “addicted” to it? This is something that I intend on looking into more in the future.

If you’re looking for more ideas on how to keep the kids busy without the use of electronics, check out these Winter Break Activities, Spring Break Activities, Keeping Kids Bust Without TV, and 10 Indoor Activities for Kids to Beat the Heat.

So my 3rd Strategy for Raising Great Kids this year is limiting screen time and increasing extracurricular activity time. The benefits and changes in my children have been amazing. I challenge you to try it for a month to see the difference for yourself.

I’m working on a new strategy each month to change our children’s lives for the better and you can follow! To read about what other strategies we’ve implemented to make our kids’ lives better, visit:

Fine Tuning Motherhood and Finding the Best School for My Child: School Options

What are your thoughts on screen-time? How much do you let your kids play with electronics on a weekly basis?