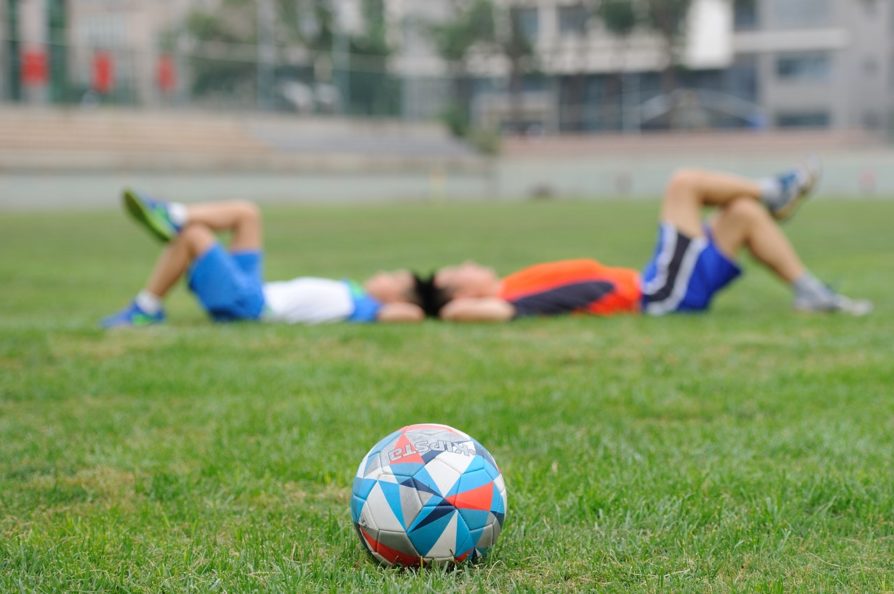 Sometimes, finding the right extracurricular activities for kids isn’t exactly what you thought it’d be. Sometimes it’s spending an hour trying to coerce your little one to play as he/she sits on the sidelines engulfed in weed picking… or sometimes it’s watching them watching everyone else dance in class without moving a foot.

I’ve been there. It’s frustrating.

Your well-intentioned plans to get your child socializing, team building, and participating in physical activity are not for naught, though. Helping your child to explore his or her interests is a part of parenting- as is trial and error. But what happens when they don’t seem to be interested in ANYTHING?

When I was younger, my parents worked A LOT and signing us up for extracurricular activities just wasn’t possible. Their work schedules didn’t allow for it.

We would often hear about our friends doing this or that sport and we longed for the opportunity to get involved, but it wasn’t until we were a little older (and more responsible) that we had the opportunity to.

Even then, we could only join sports if it: fit within the schedule, had a friend that could provide transportation, or if it was within a safe walking distance from our home. It wasn’t like the Soccer Moms/Dads of today who spend 3 days a week on the field.

Our options were very limited and we joined the things that we could- not necessarily because we had a specific interest in the activity, but because it was an activity that fit into the strict guidelines (or it was something my parents were adamant that we do… I’ve got a whole other post on that!)

So now that you see where I’m coming from, let’s fast forward to the now. I’m a parent and I have a job that is much more conducive to allowing for extracurricular activities in our schedule. As soon as my eldest turned 3, I was all about getting her involved and finding “her thing”.

One day, as we were out and about, we went past a dance studio where girls dressed in fancy dance/recital dresses were lined up, waiting to get in and have their pictures taken. My daughter saw them and automatically wanted to be one of them.

As an adult, I knew she just wanted their outfits, but I saw this as a great opportunity to get her involved- to get her moving, to get exercise, to make friendships, and to be part of a team. I was all too excited to get her signed up! 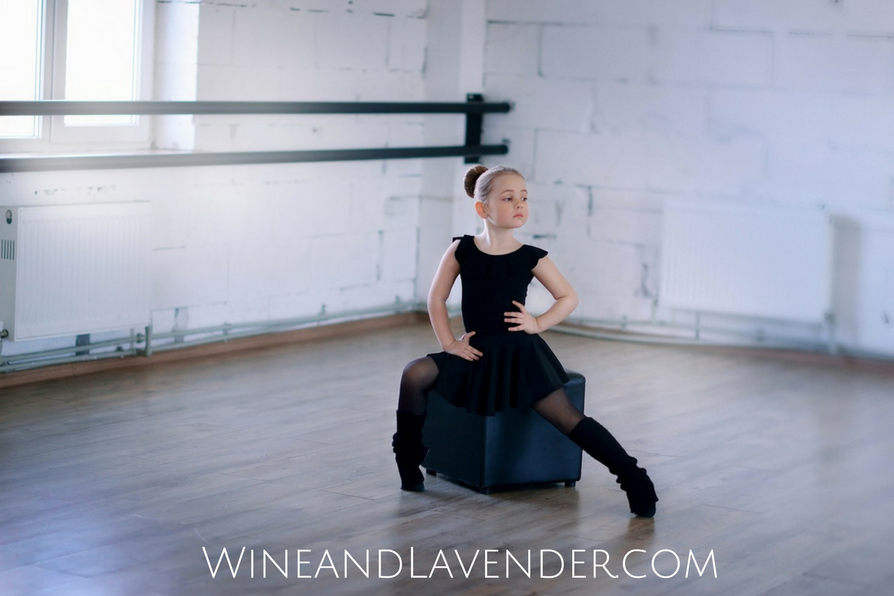 We paid around $100 for the lessons (I believe it was a registration fee and the first month’s worth of lessons). We bought her two leotards and dance leggings at Target, then tap and ballet shoes at Payless. In the end, I think the total “startup” dance class expense was about $200.

At the first class, she looked so cute in her leotard and tutu. She was excited to show everyone her “moves”! But then class started and within the first 10 minutes, she was done. She didn’t want to do what they were doing. She didn’t want to take instruction. She wasn’t interested in the small steps. She wanted to cut right to full-blown Ballerina in 10 minutes. She sat in the corner disappointed for the rest of the class.

The next class came and it was worse. First off, it was a struggle to get her to go and then once we got there, she sat in the corner and cried for most of the class. Yep, that’s my kid.

So, what does a parent do when this happens? At the time, she was only 3 1/2. She didn’t want to go and she was disrupting the class by distracting the other students. We had a tough decision to make.

We took her out. I know you’re probably shaking your head at that. We didn’t want her to think that quitting was okay, but it turned out she wasn’t interested in it at all. It became a major stressor for her (and us!) and it didn’t make any sense to stress our (then) 3 1/2-year-old out like that. Dance just wasn’t something that she was into.

After giving it some thought, we brought up the possibility of going into gymnastics with her. It was much more up her alley since she was always moving and had tons of energy to burn. We showed her some YouTube videos of performances and that made her open to idea. She loved seeing the routines filled with somersaults, cartwheels, and flips.

We went to a trial class, (we had already learned our lesson with dance) and she liked it. We signed her up for the smallest package- 6 weeks of gymnastics instruction. We went out and bought her a leotard- we were happy to get her going!

This time, we weren’t just letting her quit, though. 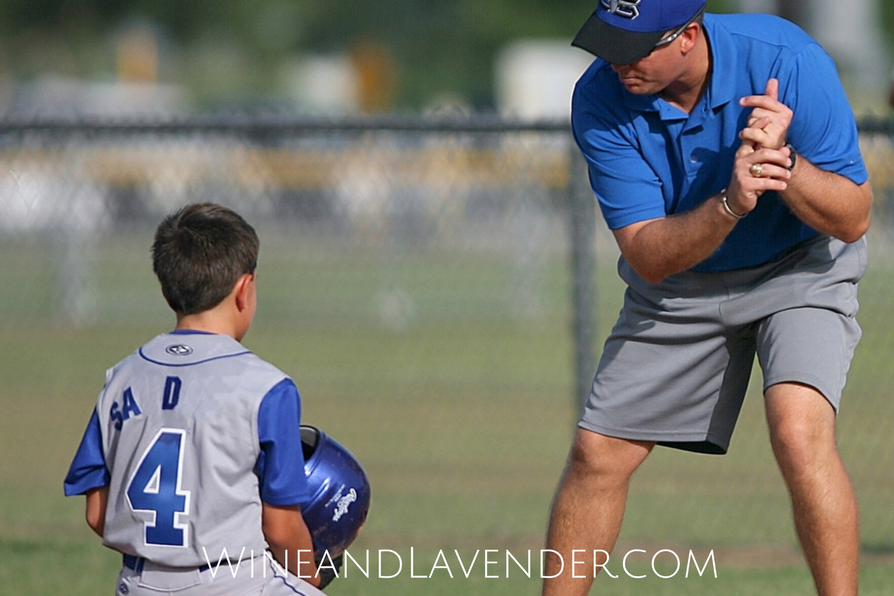 And so the 6-week torture began. My husband was a champ. He refused to let her give up and took her to EVERY SINGLE PRACTICE- tears or not. She completed her obligation but was all too excited to be done with it.

Where were we going wrong? I would have killed for the opportunity to get involved when I was younger! I considered her to be so lucky! But taking into account all the money we had wasted on extracurriculars that didn’t work out, my husband and I decided it was best to take a rest. She was happier playing at the park than being forced to participate in something she didn’t have her heart set on.

We figured out that part of the problem was US. Every activity we had signed her up for was an activity WE chose based on what WE thought she would like.

In Time, We figured it Out

Some time had passed. We didn’t really bring it up anymore and to our surprise, one day she came to us with an idea: she wanted to join karate. Now this was the first time she ever approached us with an extracurricular idea for herself. We decided to take her idea seriously and enrolled her in a week of trial classes.

She ended up loving it and actually WANTED to go! We decided to take the plunge and pay $150 MONTHLY for karate instruction. It was a little steep, but we were willing to make the sacrifice because, again, I saw this as a great opportunity to get her involved- to get her moving, to get exercise, to make friendships, and to be part of a team.

Eventually, she lost interest, but that wasn’t until many months later. At that point, we realized that children grow and change- along with their likes and interests. We were happy to at least have given her the opportunity to do something that SHE wanted to do. We were also proud with the progress she made!

So where am I going with this?

Well, here are a few things I learned from this experience:

You might think that your child would be a great fit for soccer, dance, etc… but allowing THEM to make the decision is important. It gives them a greater sense of commitment and responsibility. Make suggestions, but allow them to explore their options. How? Well, since children are very visual, taking them to a practice or surfing YouTube for ideas might help. TIP: Don’t Youtube a performance. YouTube a class or lesson in progress. They need to know that they will need to start with baby steps and what that looks like.

Try it before you buy it.

Nowadays, a lot of extracurriculars come with contracts- which can get really expensive, especially if your child decides they don’t like it mid-season. Save your money and go to a trial class or run. You can find a lot of these on GROUPON or by simply calling the establishment and asking. Even if they don’t let you participate (for liability reasons), many will let you come and watch a lesson. Your child will get a better idea of what it will be like and can make a better decision based on that.

There are plenty of town or city run extracurriculars that can serve as a great intro to the activity. Check out your local YMCA or Church for programs that won’t cost you an arm and a leg (like some of the businesses or sports organizations will). Once you know they have a real interest, then you can upgrade.

Children sometimes feel more comfortable in trying something new if a familiar face is around. (It’s also easier for you, too Mom! Then you’ll have a friend you can carpool with!).

Don’t get me wrong, it’s great to get kids active early on, but depending on the child, sometimes kids are just too young to start- and THAT IS OKAY. Don’t make yourself feel bad about it. That 3yo pianist prodigy you see on YouTube is a rare case. A 3yo does not need to be stressed out over soccer practice. It should be enjoyable for them, so if it isn’t, re-evaluate. I know some kids just need a little nudge (my son sat out a few practices before he started participating in soccer), but if it clearly isn’t working- don’t push it. Start off with soccer at the park with Mom and Dad, invite some friends and make it fun for them.

So there you have it. I hope this post saves you tons of time, lots of money, and stress when it comes to getting your little one involved or active.

For more tips and tricks, check out How to Rock Your Kids’ Morning Routine (FREE PRINTABLES INCLUDED!) and 8 Easy Ways to Deal With Separation Anxiety in Toddlers.

Save money, time, and stress by finding the RIGHT extracurricular activity for your #kids! Check it out: Click To Tweet

How many extracurriculars have you tried? What worked for your children?

24 thoughts on “Finding the Right Extracurricular Activities for Kids”