15 Best Shows to Binge Watch on Netflix and Amazon 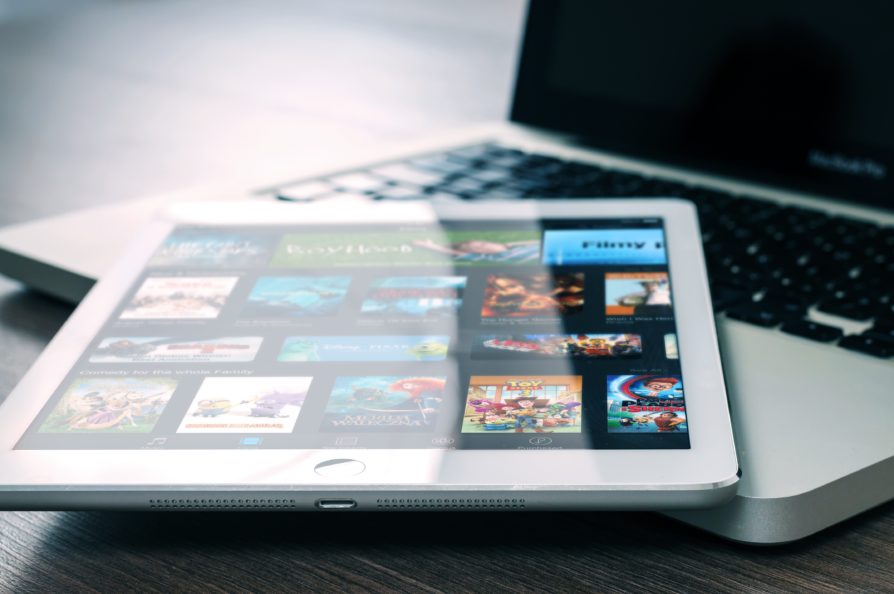 When you’re a WAHM of three, you don’t look at the weekends the same. Sure, Fridays are still as exciting as they were in your pre-kid days, but for a different reason- you might get in an extra hour of sleep on Saturday morning!! But sleeping in doesn’t have to be the only weekend perk when you have great streaming and video on demand services…

If you remember my post, Goodbye Cable, Hello Fire!, you already know that we cut the cord a long time ago… and have not looked back. We don’t really have time for TV around here (to warrant the large cable bill that accompanies cable service), except for after the kids go to bed, which on some days is our bedtime, too… but Fridays! On Fridays, I love to curl up with a good glass of wine and binge-watch some great shows… or “Netflix and Chill”. But which shows are worth the time?

There are so many good shows out there that are deserving of a binge session… Some of them are older and some of them haven’t been given the attention they deserve, so I decided to put together a list of the best shows to binge watch on Netflix and Amazon, so you don’t miss any of them. These shows have all made relaxing at home on a Friday a little more fun for me, and I think you’ll find that they’ll do the same for you.

In no particular order, here are 15 of the best shows we’ve binge-watched and loved using Netflix and Amazon…

This post contains affiliate links which means that when you make a purchase through one of these links, you are supporting Wine and Lavender- at no cost to you- and I appreciate that so much! Regardless of whether I make a few cents on a purchase, my opinions are my own, and I do not recommend products/services that I don’t deem worthy of a recommendation.

15 Best Shows to Binge Watch on Netflix and Amazon

Vikings: Ok, I know I said “in no particular order” but this show is the exception. I absolutely love (and am borderline obsessed) with Vikings. It’s a compelling show that follows the legend of Ragnar Lothbrok. Filled with great characters, a great storyline, and tons of twists and turns, this is one of those shows that will keep you up (and filling your glass) all night long.

Game of Thrones: If you haven’t seen this, you must be living under a rock. Great show and story with a humongous following. (When’s the next book coming out already?!) This one is not technically on Netflix, but can be streamed through the HBO app on the Amazon Firestick or Amazon Fire TV. If you don’t have these, the seasons on DVD can be purchased through Amazon (click on the pic to the left). This series, adapted from the books, takes you across different worlds and storylines that all intertwine. It is definitely a must-see.

Red Oaks: Still relatively new (on its 2nd season) this show follows a college student and his friends working at a country club in New Jersey in the 80’s. If you’re looking for some 80’s nostalgia, a good laugh, and a great story- this is your show.

Downton Abbey: The story of an aristocratic British family in the post-Edwardian era, this show was on PBS and probably perceived to be a snooze to many, but looks are deceiving. This show was a “masterpiece” with a great storyline following interesting characters and situations while touching on the historic maladies of that time. It was definitely one of the most addictive shows I’ve ever seen and deserves a look.

Shameless: Although this one isn’t too current, we just got into it and while it brings up some very real issues, it’s done in comedic form. William H. Macy does a superb job, by making you wish his character- the lowest scum on earth- would just die already. Harsh words, I know, but this show makes you FEEL it. This show is about a poor Chicagoan family, whose only hope is their eldest sister Fiona, who takes on much more responsibility than she should, to raise her siblings while her poor excuse for a father further exacerbates their situation.

Good Girls Revolt- This show is about women struggling to have their voices heard and earn their well-deserved place in the workforce in the late 60’s, early 70’s. The story takes place at “News of the Week” magazine, where women were not able to hold prominent positions as reporters but were expected to provide most of the work required to put out an article. It’s such a GREAT show but was, unfortunately (and ironically) canceled before the 1st season finished…

Sons of Anarchy: I have no words for how good this show was. If you’ve never watched it, please do. It’s about a family of bikers in California who struggle between greed, power, and morality. With some stunning performances by Charlie Hunnam and Katy Sagal, this show leaves you on the edge of your seat with plenty suspense.

The Walking Dead: My sister forced me to watch this show. I had no interest in gory, zombie movies, but she helped me to see that this show is more than a zombie story. It’s about the human will to survive and relationships.

The Sopranos: Here’s an oldie, but goodie that can be watched over and over again. If you haven’t seen it, you’re really missing out. I have a special place in my heart for this show because it’s based on and was filmed in the area I grew up- in Northern New Jersey and surrounds the workings of the mob. Some stereotypes aren’t far from the truth.

Breaking Bad: If you have a weak stomach, this might not be the show for you, but even so- it is incredibly addictive. It’s about a school teacher with cancer turned drug lord who is determined to leave behind a future for his family after his death. With some crazy stories and twists, this show keeps you on your toes and wanting more.

Orange is the New Black: Definitely a strange show of sorts, but completely addictive. We binge watched all the seasons in almost no time and had a lot of laughs. This show is about a woman’s incarceration, how she deals with it, and her struggle to find her own identity.

MadMen: Set on Madison Avenue in New York, this show is about an advertising firm during the 60’s. So many topics are covered from war, women’s place in the workplace, and the transformation of one man’s life in the advertising world.

Curb Your Enthusiasm: One of my absolute favorite comedies, this improv comedy follows Larry David, creator of Seinfeld, through some crazy (and hilarious) situations in his life. If there ever was a show that made me laugh-cry, it was this one. It’s still one of my favorites to watch over and over again.

Arrested Development: Here’s another show that was canceled from prime time with no apparent good reason. It might just be that it’s over some people’s heads, but for those who were observant enough to “get it”, it was an amazing and hilarious comedy worth every second, third and fourth watch. It’s about the Bluth’s, a family whose fortune is lost and about their brother Michael, who is just trying to keep them all from collapsing. The characters are hilarious and colorful.

Parks and Recreation: A sitcom starring SNL’s Amy Poehler, this is one of those funny shows whose characters you fall in love with. Amy plays Leslie Knope, a perky and optimistic employee of the government in Indiana and her co-workers. It’s one of those shows that are hard to explain because every episode presents a new challenge that can’t be summed up in one sentence. Definitely, a must-see if you need a few laughs.

It’s interesting how different all these shows are from one another, but yet we seemed to love them all. Thanks to the amazing talent and writing ability of the professionals in the entertainment industry, many of us are being exposed to stories that we would otherwise not give a chance.

You’ve heard the saying, “Don’t judge a book by its cover.” and I want to say that when it comes to tv series, you shouldn’t judge a series on its first couple of episodes. Sometimes, all it takes is to get past the first two episodes to fall in love with the show, and you’ll be happy you did.

We chose to watch most of these shows based on suggestions from friends and family, but some gems we found just by searching through reviews and recommendations from Amazon or Netflix. I challenge you to explore a little when it comes to finding series to watch because in all honesty, if it was left up to me, I don’t think I’d watch Sons of Anarchy, but I was so glad I did.

If you are looking to cut the cord or sign up with Amazon Prime to get access to some of these great shows, you can get a 30-Day free trial to Amazon Prime. In addition to being able to stream some awesome and original shows, you’ll have access to Kindle books and will get unlimited FREE two-day shipping (no minimum order size) for 30 days! If you’re not happy with the service, feel free to cancel at any time.

Chances are, you’ve heard of the many Netflix originals that have blown people away. While Netflix will cost you around $10 a month (depending on your plan), their original series are worth it! Check out all that Netflix has to offer here.

What shows are binge-worthy to you? I’d love to add some new shows to my watchlist, so please let me know below in the comments.