10 Things My Lazy Husband Taught Me That Changed My Life 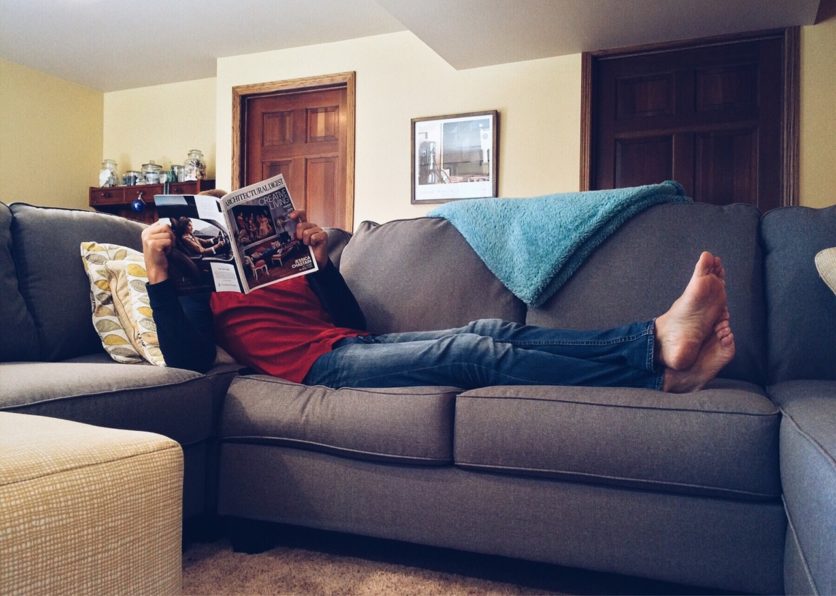 When you are accustomed to living on your own, living with people can be challenging. My husband and I didn’t start living together until we were married. Part of the reason for this was because we lived and worked in different states and the other part was that he was in the military (I couldn’t exactly go live in the barracks with him).

Once we moved in together, we learned a lot more about each other. Some things were endearing and others were funny. Some took some getting used to and others, well, they were just downright GROSS.

But the great thing about being with someone you love is the ability to get over the little things and accept your significant other as they are. Likewise, you’re accepted as you are, and the little things don’t matter.

Actually, as time goes on,  you learn from each other or start to “rub off” on each other. You might start to sound the same, make the same jokes, or get into the same routine. He might start to fold towels like you and you might just start eating breakfast for dinner.

What We Learned from Each Other

For my husband and I, learning about each other didn’t come without compromise and sacrifice (isn’t that what marriage is all about?). While I have an incessant need to be organized (with OCD tendencies), my husband is more laid back and doesn’t see the harm in things like a cluttered counter.

While I think that there are “proper ways” to do things, he doesn’t think that there is a “proper way” to do anything. He’s more of a “whatever gets it done” kind of guy and while that used to irk me in a lot of ways, I’ve now come to embrace the simplicity of it.

It’s actually made my life easier and less stressed.

Together, we’re changing as individuals, learning from one another and becoming one. It’s definitely come with some benefits. As funny as I might see his methods, there is no denying that they work for us. So in an effort to make your life easier, too- here’s:

10 Things My Lazy Husband Taught Me That Changed My Life 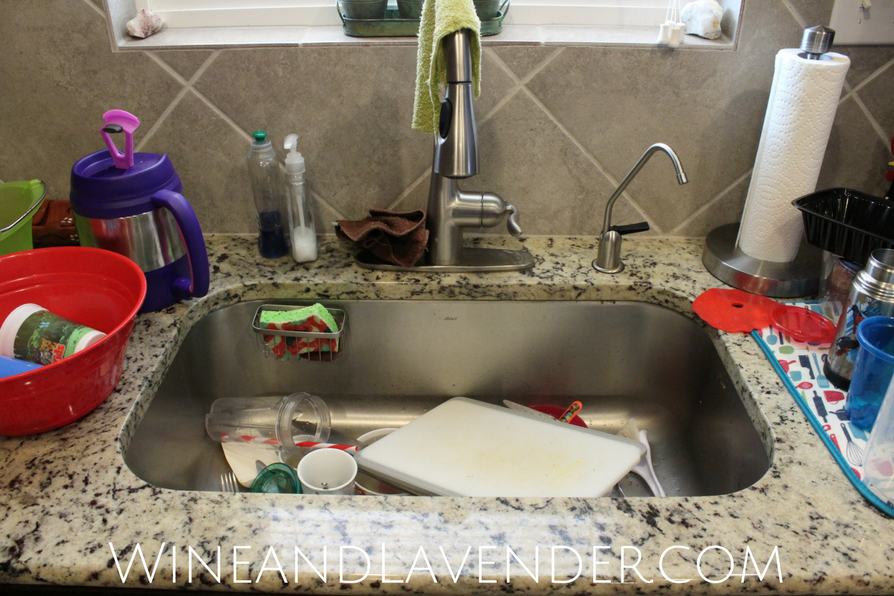 Breakfast can be eaten at any time during the day. It turns out that a breakfast taco had at 7pm might even taste better than one had at 7am. My husband has taught me that it’s not the end of the world if a “proper” dinner isn’t ready at 5pm and pancakes will do.

Sometimes, you don’t need to say anything (or the comment isn’t worth making). I always have this need to elaborate and/or comment on every single thing that is said. Over the last 9 years, I’ve learned that it’s much better to be a listener than a talker, and if your comment doesn’t add true value, it’s not worth wasting the energy on.

No one is going to hate you if your house isn’t spotless. I cannot tell you how many hours of my life that I have wasted on stressing about cleaning up and/or having the house spotless because you never know who will come by. It turns out that the Pope isn’t visiting anytime soon and everyone else already knows I’m pretty clean/neat. There’s no need to stress about impressing them. (It also doesn’t make sense to wash the floors before a party, as you’ll have to do it after the party anyway.)

It’s much better to be comfortable than to try and dress to impress. He often tells me (as I’m stressing about outfits) to just dress comfortable and not worry about what everyone else thinks so much. You know what? He’s so right. I’ve taken him up on his suggestion and approaching events with this mindset have made them less stressful for me- both mentally and physically.

The laundry isn’t going to fold itself. It looks like unless I actually ask for help, the laundry duties won’t get done completely (if not by me).

The world won’t end because there are dishes in the sink. My husband doesn’t care if he wakes up to dishes, but leaving dishes in the sink overnight grosses me out and sets me up for a bad mood and morning. If dishes do end up left in the sink, he’s awesome enough to do them in the morning to alleviate the stress for me (but leaving them overnight still bothers me). Either way, the world hasn’t ended because of it.

Food served on paper plates is just as good as when it’s served on glass. I used to scoff at his idea to buy paper plates to alleviate some of the dirty dish load. I also adamantly refused to eat dinner on paper plates (unless I was at a BBQ). But it turns out that nothing happens when you eat dinner on a paper plate instead of glass. The food tastes the same and there’s less mess to clean (AND LESS DISHES IN THE SINK!). Seems like a win/win.

Throwing a wet washcloth in the dryer with wrinkled clothes is almost as good as ironing them. Try it. It works.

There are a million uses for Febreeze. While I do not approve of all of them, I will admit that Febreeze can be quite useful.

The happiest way to live your life is to marry someone who loves you for you, no matter what. I’m pretty glad I married him. Despite the minor daily infractions made against my OCD tendencies, he’s still wonderful and I’m still the luckiest woman in the world for having him.

Is Being Lazy the Path to Happiness?

Okay, so maybe “Lazy” is a bit of a strong word to use (especially for my hard-working husband who isn’t really lazy at all), but we can agree that these are all shortcuts that make life a little less stressed. All of his “suggestions” have made my life easier on so many levels. Although it took some convincing on his part to get me used to these, I’m glad I’ve surrendered. There’s nothing like being less stressed and comfortable in your home with the one you love- lazy or not.

Find out how our lives changed when kids came along in What Life is Really Like With Children and how we stay sane in Getting Kids to Listen Without Losing It.

Do you have a “lazy” husband? What habits took the longest to get used to?

Author: Pam
Filed Under: Mom Life
Making Summer Memories (and Cleaning Summer Messes) with Cousins
Experience the Battle of the Alamo at Battle for Texas!